POSTS PORTFOLIO SEARCH SHOP
POSTS
October 2021
October 2021
October 2021
October 2021
September 2021
September 2021
September 2021
August 2021
August 2021
August 2021
July 2021
July 2021
PORTFOLIO
WORKSHOP
Lifestyle
Bobfolio
SEARCH
SHOP
The Whole City Catalogue
Hurting what they hold dear
If you think you are too small to make a difference.
Try sleeping in a room with a mosquito. (Afr.)
There is nothing stopping people from creating their own institutions, their own conventions, their own value systems and making them work. Some would say it is an imperative that we do. To state this is to remind ourselves of how far society has been locked into the ridged structure that forms the present status quo. It is true that there have been reforms made attempting to balance the inequality of a skewed economic system. Seemingly new freedoms in how we work, new initiatives, a new flexibility.
But examined closely, most of these reforms can be seen to be still safely locked into the cycle of profits over people, and are likely to be a hindrance to progressive economics because of the time and effort expended in trying to make them work for us. And, because they are not really designed to work for us in the first place. They are designed to work for banks.
If we take nothing else away from the examination of alternative economic systems, it is how incredibly bad the present economic system has got in serving our needs. We are feeding a smaller and smaller elite of people with more and more of our wealth. As those at the top get more bloated on the wealth of the land, those below them are getting hungry and angry. But we can’t fight this system by the systems own rules. We would never win.
What we need are the tools to change a system that will encompass, as Michael Albert would say,” values that we hold dear”. Neoclassical economics, in which our present system is based on has nowhere to go, apart from devouring us. The only way to protect what we hold dear is to hurt what they, the banks, the landlords, the corporations, the venture capitalists, the parasites who live off of our backs, is to hurt what they hold dear. We can’t appeal to their morals because they don’t have any. We can’t physically fight them they are too powerful. We can not use the legacy media because they own it. We can vote but we all know where that ends up.
So what can we do?
Why have countries like Venezuela, not caved into the might of the worlds most destructive state US both financially and physically? (With the help of the bank of England who are stopping the legitimate government of Venezuela from access to $1.8bn of their own money). Why can Lula da Silva in Brazil still rain popular and still run for office after a prison sentence on trumped up charges, backed by the might of U.S. violence and dollars? In Nicaragua and all over South America, poor people have been head to head with Americas imperialism for fifty years or more. They are still there fighting, organising and believing in their vision for a real democracy. A dream that many in the West have given up. What keeps a tiny country like Palestine going, who have no army no navy, a population of mostly children who are being slaughtered daily by the worlds most sophisticated and advanced weapons, backed also by billions from the richest country in the world?

The imperialist and their paid indigenous henchmen have robbed the poorest populations of these countries of everything apart from one thing, their vision of themselves. That is their strength, the power of their community and the belief in the collective self. Something even the biggest army in the world can not shake. The indigenous peoples still have these bonds because they know they will be crushed without them. We have gone in the opposite direction of the independent self. These are bonds that have been destroyed in the west, by the manufacture of consent. The same bonds are difficult to reconnect because of our addiction to things; to the twinkling lights of neoliberalism and their technological distractions that draws us further down the rabbit hole of disconnection.

Each generation forgets and has to relearn the lessons of the South, that we can not take down the masters house using the masters tools. What Capitalism fears most is we relearn to use our own tools. It is not mastery of economics, politics or understanding the algorithm. But rather getting over the fear of our neighbour, walking brazenly into our communities and organising around what we already know to be wrong.

What capitalism holds dear is our subservience to their doctrine of the self, division of people, consumption and waste. It is not about understanding what is happening, so much as we have forgotten what to do in working with each other. Something the teachings of the south has been offering us for years but we continually fail to learn. 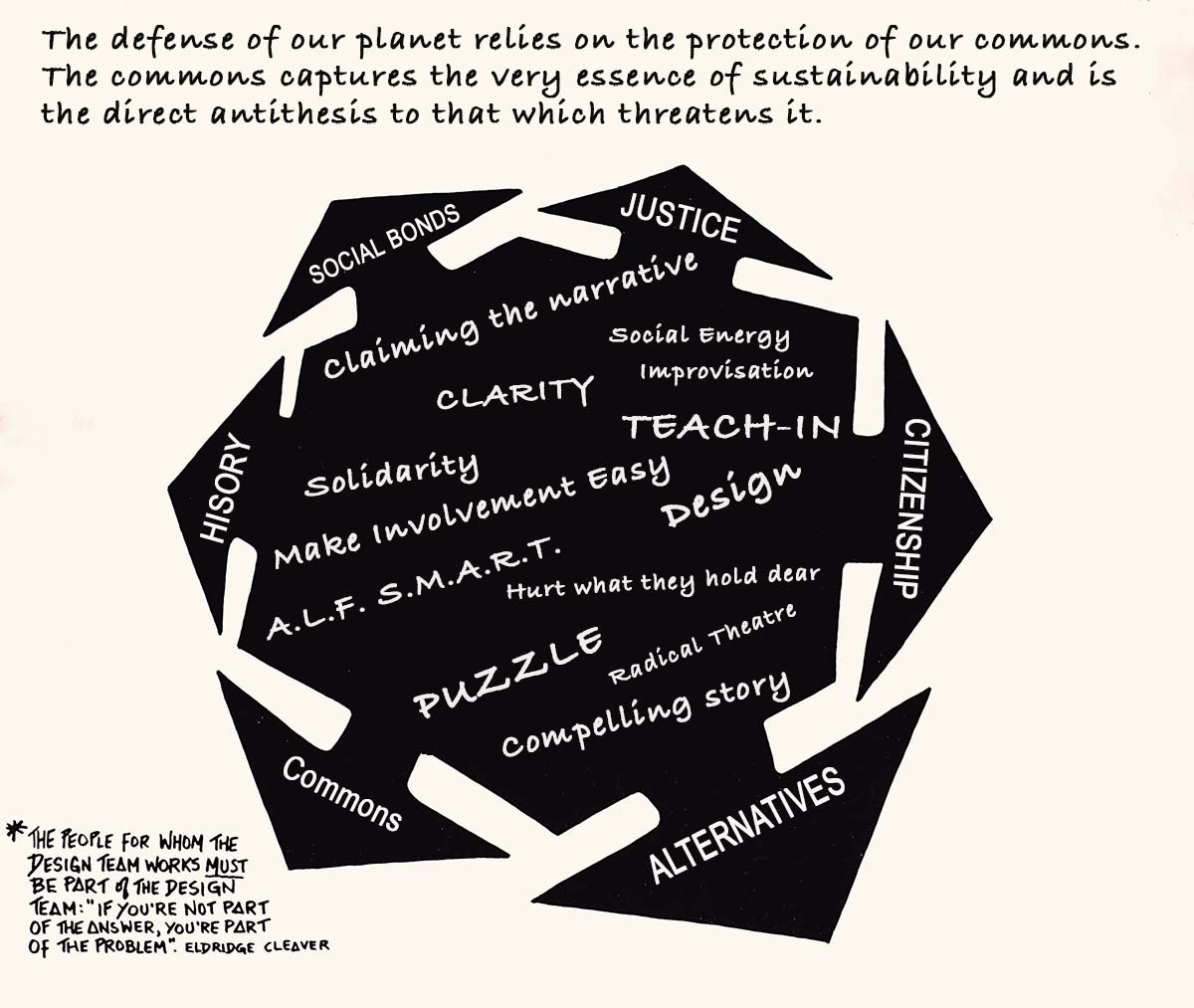