The state drags its heels in serving social justice, as the state as well as the administrators of our education system don’t find a place, or any significant place in their curriculum for it, as it tends to clash with the basic principal of state education hat  is to serve business interests, for many in the school to service industry industrial complex.

Then again is school the place we learn about life. Much of our mentoring comes from those outside of school, family friends,  uncles, acquaintances, interests. It is in these connections that engenders an early sense of justice. Many of these institutions and places have been rendered as part of the patina of history, as many attempt to replace them with the fools gold of technology, entertainment and things. We can not find justice in these things alone. Too many of them are the product of injustice in the first place.

“What we can rea­sonably ask at this point is. What kind of citizen or public self-what principle of citizenship and selfhood forms the true basis for a direct democracy? The common principle that legitimates direct action and di­rect democracy is a body politic's commitment to the belief that an as­sembled public, united as free and autonomous individuals, can deal in a competent, face-to-face manner with the direction of public affairs. “ Murray Bookchin
Global justice stems from local justice and the best examples of local justice is in the southern hemisphere, not in the west. From the same people that have been setting the example in the respect of mother earth for millennia and who suffer the worst elements of global warming and they are still ignored.
Western "I have rights" Cherokee: "I have obligations" 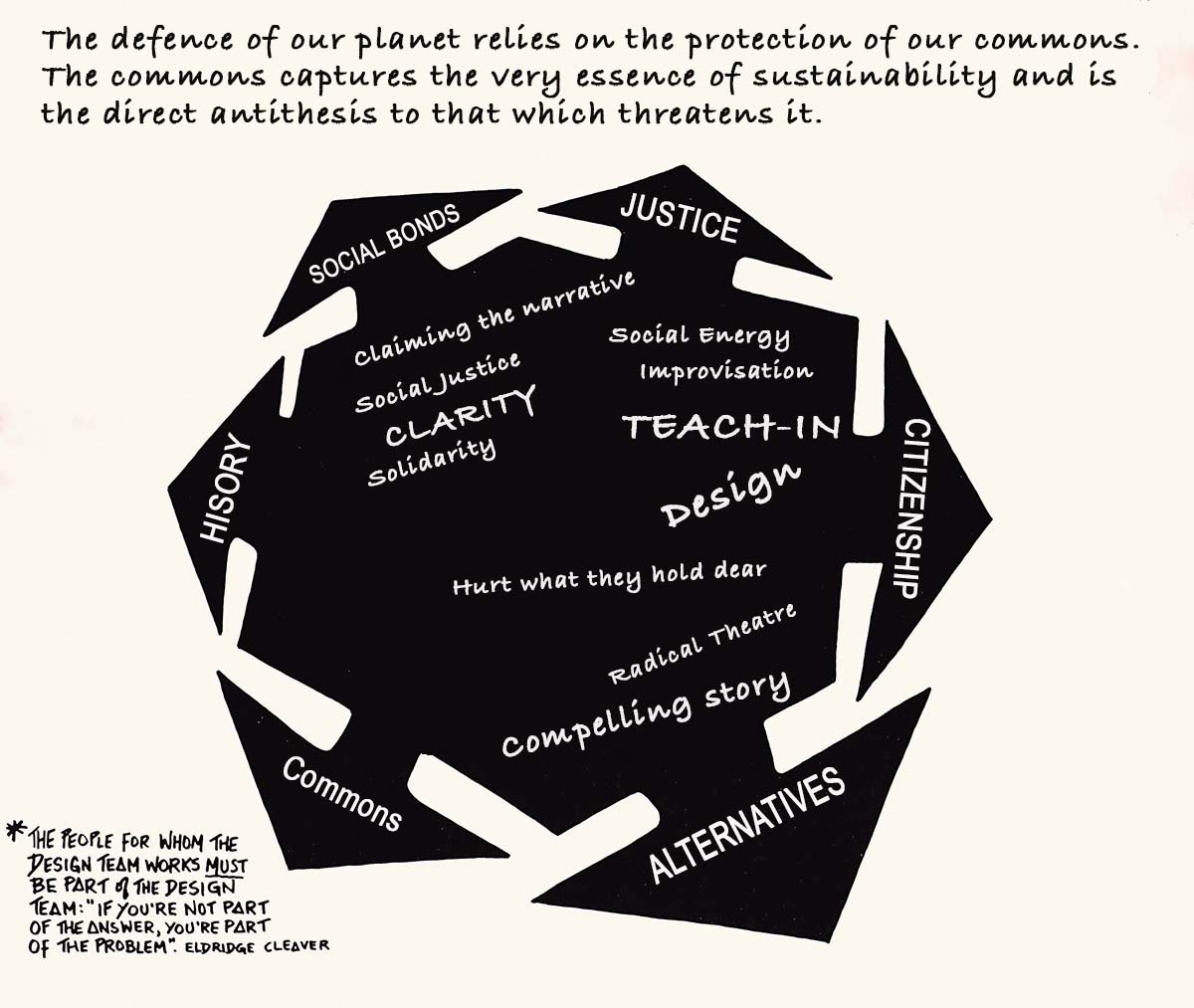