POSTS PORTFOLIO SEARCH SHOP
POSTS
December 2021
October 2021
October 2021
October 2021
October 2021
October 2021
September 2021
September 2021
September 2021
August 2021
August 2021
August 2021
PORTFOLIO
WORKSHOP
Lifestyle
Bobfolio
SEARCH
SHOP
The Upas Tree
Mental memory
Stanley Checkland’s famous analogy of the upas tree and ship building in Glasgow, still rings true today as it did between 1875-1975. The evergreen expanding branches of the upas tree kills of anything that attempts to grow below it. Therefor when the tree itself is cut down (shipyards) there is nothing left below it to develop and grow. Like many other city’s we now have a turnaround in places like Govan’s prospects but for whom? Our history is once more being mined for icons to front what is sometimes called social integration, barely disguised as gentrification. Reclaiming the commons and control of public assets is an imperative in our communities, if ordinary people are to live any kind of decent lives.
Why do we still pursue dead end industries, under the upas tree of gentrification, service industries, of waste, zero hour contracts and ever expanding debts to landlords. The gateway to the highlands is called the Dear Green Place, that still retains the muscle memory of the engineering feats that drove mighty ships down the Clyde. There is a new kind of energy required now, that in turn will require the same spirit of innovation, skill and dedication. Only this time directed to the well being of people not the fortunes of the captains of industry. A life sustaining and sustainable energy that's value is based on the future prosperity off unlike the industrial revolution, the people who will build it. And it will need to be people lead because sustainability needs a different value system than profit margins, which unfortunately is the value most of our economy runs to achieve.
The qualities of this revolution will be determined on something like Detroit city farms philosophy of transferring jobs back to work and land back to earth. It will be not just about creating a project, a garden, a bakery and changing our lifestyle. It is when people see that they are making relationships with each other and making and understanding the critical connections to their lives that create the solidarity needed to make change. No easy task unhinging neoliberal dependencies it will take imagination, there is no reason that it can't be done. What is the alternative?
Detroit Glasgow Film Project Rich Feldman (audio)
Rich Feldman talks about industrial and post industrial history of Detroit and the exciting projects, ideas and vision being created in the city through the Boggs Education Centre, Catherine Ferguson Academy, city farms and working class organisations
Half hour film to create discussion on what these two post industrial cities can learn from each other particularly around the growing communities but not specially. How do we widen the discussion, collaborate, network, share, create solidarity? 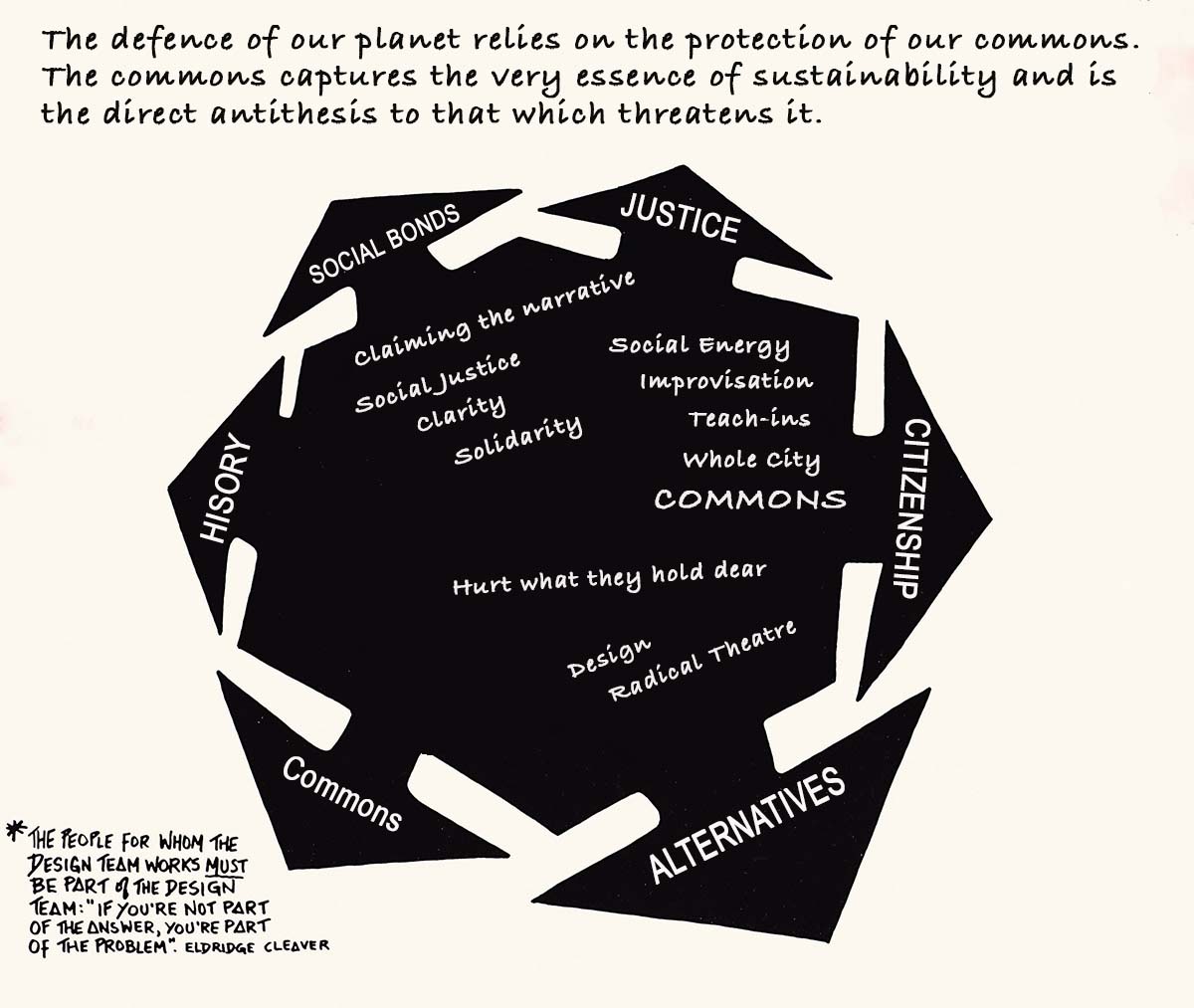